It’s been a struggle waking up at a decent hour in the mornings!  I’ve spent all week trying to get to exercise classes at the gym (most start at 9:30), but I’ve been enjoying not having an alarm clock and I keep waking up WAY later than I should and I keep missing class.  I’ve been going to the gym, still, but it’s been closer to lunch time.

This morning when I returned from the gym, I found Poppa Bear (PB) standing outside talking to some people in a car that was blocking me from pulling into the driveway.  The car belonged to the parents of one of Cub 2’s friends who were just looking for our house apparently (?).  Cub 2’s friend was one of the students who went on a week long service project trip to the Dominican Republic with Cub 2 a couple of weeks ago.  Cub 2, the mama’s boy cub, took his first airplane ride, first trip out of the country, first time ever being away from family for eight days, and grew more independent just like that!  Since returning from the trip, his little cohort of friends have been meeting up at different places to hang out.  Today’s hangout was at the mall.  They were meeting there to catch a movie and eat.  The girl cubs and I headed out to the beach for the afternoon, and PB agreed to drop Cub 2 off at the mall.


Did you catch that?  Cub 2 was dropped off at the mall to hang out with friends without us.  Me – the worrier – didn’t flip out over Cub 2 being dropped off at the mall to hangout with friends.  Anyone who knows me knows that this was a big deal, but I didn’t even realize that it was a big deal until later this evening.  Listen, I cannot ignore the fact that we are raising two African-American male cubs.  They have labels placed on them without even opening their mouths.  They get judged just by walking in a room.  They could meet up with the wrong police officer one day and not have the chance to pull out their identification.  So, I do not apologize for the worry.  However, what I’ve learned to do is trust God more than worry.

After surviving Cub 2’s eight-day journey to another country by himself, letting him spend a few hours at the mall with his friends is now a piece of cake.  That’s because I spent time growing up, too.  I spent time growing my trust in God.  I started every single morning in the month of June by writing down scripture passages that dealt with worry and fear.  When a worry or fear would creep in, I was equipped for battle.  #BOOM

What. A. Great. Feeling.

What is your thorn or sin that’s keeping you from growing up?  Perhaps it’s time to dig a little deeper and arm yourself with God’s word so that you can battle that thing.  God always wins!

The other cubs have had some growth, too, but we’ll save that for another day.  I’m determined to get up on time to catch a class at the gym.

Who am I kidding?  Tomorrow is Saturday.

I can honestly say that the one family activity I dread the most each year is our annual trip to the pediatrician for flu shots. Oh. My. Goodness. Even though it happens every single year, our cubs still act like it’s the end of their lives! We prep by letting them know as soon as we know when the dreaded day is coming. We pray that the appointment goes smoothly without lots of drama. We bribe them with treats/toys if they promise to keep the tears to a minimum. Then, we walk into the doctor’s office and hope for the best.
This fall, Cub 2 got his flu shot unexpectedly by himself because he had a little sickness scare and ended up at the pediatrician a few weeks earlier. I had the privilege of taking the other three cubs – by myself – to get their shots. 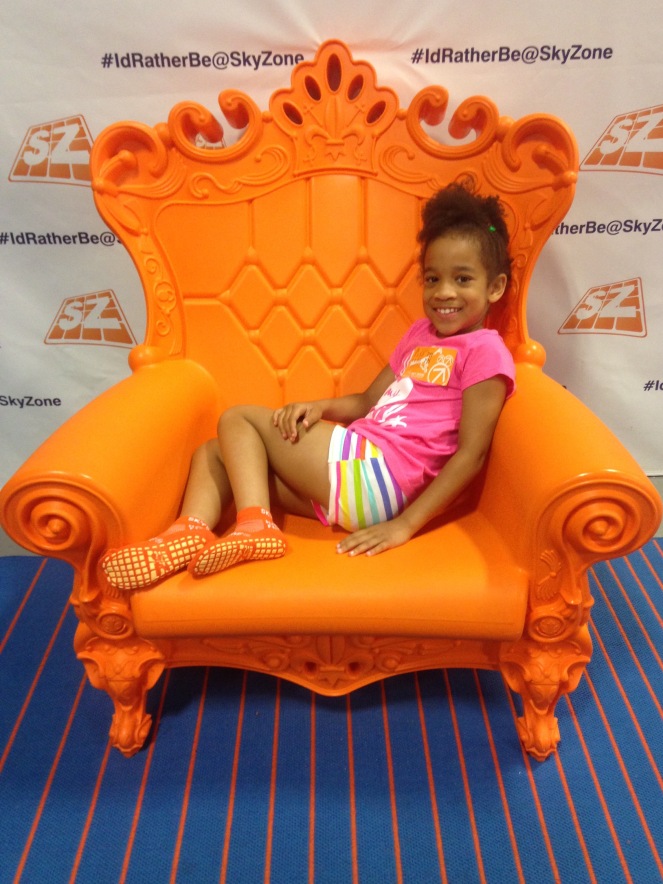 Cub 3 was the most anxious cub this year. Even with prep, prayer, and praise, she lost it when we were called out of the waiting area to go toward the back of the office. One look at the tray of needles in position for their “victims” and she called out to the Lord for help. She screamed, cried, fell to the ground, and tried to run away.  I had to sit in a chair with her in my lap. I had to wrap my legs around her legs and wrap my arms around her arms.  Then, another nurse came in to hold the arm that was going to be poked.  When her two seconds of pain was over, she ran out of the room and into Cub 1’s arms crying and saying, “Jesus didn’t work!  Jesus didn’t work!”
Cub 3 had her first real experience of not having her prayers answered in the way that she wanted them to be answered.  Cub 1 and I had to work hard on our drive back home to convince Cub 3 that Jesus was still for her, and that he was still on her side.  The flu shot was needed.  All of our cubs have asthma and the flu can make airways even more inflamed than normal for someone who already has problems breathing when sick.  We trust that the few seconds of pain from the needle poke will be worth it as we go through these winter months of nebulizer treatments and inhalers.  So, it’s no fun for the cubs, but it really is for their good.
I thought that was a good lesson to share with the blog family.  We don’t always get the answer that we want.  We may experience pain, failure, rejection, sickness, and all those things that we really don’t want, but could it be that it’s God’s BEST for us?  Remember, He doesn’t make mistakes and He always wants what’s best for us.

It is eerily quiet in the den right now.  Almost too quiet.  We had to get up early this morning like a regular school day, so I guess everyone is trying to recover before having to go back out again this evening.

Back in November, Cub 2’s homeroom teacher called to talk about his school progress so far, and she asked if we had considered sending him to a magnet school next year.  He hadn’t really talked much about it, but she felt that he should apply and would like the programs that were offered.  After discussing it with Cub 2, we decided that it would be worth a try.  Cub 2 applied for three different programs – a (PVA) performance visual arts program, an (IB) international baccalaureate program, and a STEM (science technology engineering mathematics) program.  This morning, he had an audition for the PVA program which involved playing prepared pieces of music, as well as doing some sight-reading on the snare drum and xylophone.  The second part of his morning was spent in an interview setting in which he had to talk about an artifact of his choosing and how the programs (IB and STEM) would be helpful to him in developing the artifact that he had chosen to bring.  Yesterday, he also had the opportunity to shadow a current 6th grade student at the IB school for the day.  Needless to say, he fell in love with that school after visiting and it is now his first preference.  Here is the issue:  the IB school has 70 seats available, the PVA school has 4 seats available in percussion, and the STEM school has 100 seats available…and thousands of 5th graders who want one of them!  Due to the high number of applicants, there will be a computerized lottery system used to fill the seats.  GAH!!! 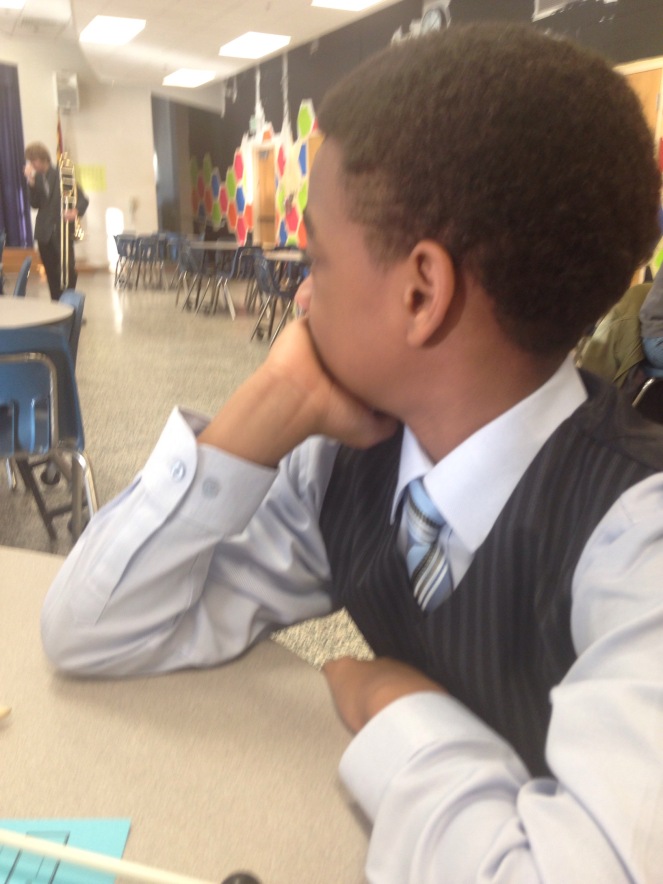 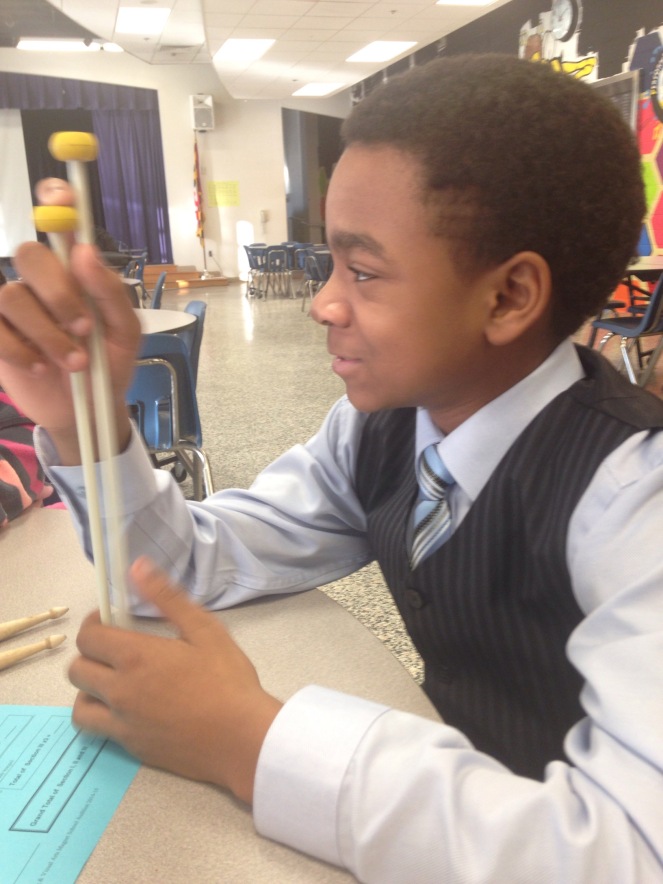 So now we wait.

Cub 2 could get invitations to all three schools, or he could not get an invitation to any of the schools.  Either way, we will trust that God wants what is best for Cub 2, and if it isn’t a magnet school program for the next three years, then there is something even better in store!  Acceptance into a magnet program would be great – unless God has something even greater planned!

Whether you are waiting for a door to open, or wondering why an open door was shut BELIEVE God is preparing greater for you!